IP as an Exit Asset The most common words that are conjured up in people's minds alongside Intellectual Property, or IP, are patents and protection. To most people, IP = how you protect your invention.

This is a notion that needs to be disabused. In the 21st century, a more important association with IP ought to be ‘value’.

IP has become the dominant driver of enterprise value. For many companies, particularly in the media and IT industries, IP represents their greatest asset. The belief that only some companies have valuable Intellectual Property is a fallacy; every company starts with an idea and its IP portfolio builds from there.
But to appreciate the true value of IP, we need to look at the bigger picture. Most people equate the subject with patents. But IP is far broader than this and includes copyright, design rights, trade secrets and trademarks.

Back in 1997, Marvel Comics, the purveyor of superhero comics, went bankrupt with debts of over $400 million. The ensuing turnaround has become a classic example of repositioning drained, unorganised and diluted IP rights. The owners recognised where the real value lay in the assets and grew this central nugget of the organisation with a long term IP strategy. Marvel has leveraged the value of its superhero characters through a series of highly profitable licensing deals. In 2009, Walt Disney bought the business - essentially the rights to the back catalogue - for an astonishing $4 billion.


Another high profile example of the value of unregistered IP was the $1 billion purchase of the then two-year-old Instagram by Facebook. Instagram had no sales, no profits, no tangible assets, no patents and code that could be easily replicated. Yet Instagram’s IP, represented to a large extent by its mushrooming user base, was formidable enough to worry Facebook from a competitive point of view, while its technology was attractive enough as a potential bolt-on. Or Yahoo’s $1.1 billion purchase of Tumblr, a blogging site without amazing or unique technology and with sales of just $13 million in 2012 – but with an active user base of over 100 million.

By talking IP value, we are not deprecating the importance of patent protection against unauthorised copying of a product or process invention. The protection often forms part of the overall IP value. But while IP protection is generally understood as a concept, in practice that understanding is fairly low-level amongst smaller companies.

For example, Company A may have developed a mobile-controlled door lock and not bothered to find out whether existing patents have been filed in the UK. If there is an existing patent-holder, then Company A is at obvious risk of litigation. Just because the company may have survived for three years or so without a lawsuit from the patent-holder by no means reduces that risk factor. It may be that it's just not financially worthwhile for the patent-holder to sue, or Company A was just too small to be on the radar. There are documented cases of companies, having just sold out to big multinationals, suddenly finding themselves hit with a slew of patent infringement lawsuits.

Let’s say Company A has decided they do have 'freedom to operate' after having found that there are no existing patents, trademarks or other IP for the invention in the country. But if they want to pursue an international marketing strategy, they need to understand that IP rights are specific to different jurisdictions. They do not necessarily have 'freedom to operate' outside the UK.

Trade secrets have been one of the fastest growing areas of IP over the last decade. The most obvious strategic reason for not registering a patent over a process or invention is that you don’t have to make the details publicly available. Trade secrets have value simply because they are secret, but this is lost once they are revealed, although this can sometimes be prevented through confidentiality agreements. Some of the ‘cloud services’ provided over the web rely on trade secrets and pointedly, Google has not patented its search algorithm. Perhaps it sees that aside from giving their secret recipe away for competitors to iterate and modify, doing so would bring with it the risk of an onslaught of patent infringement suits.
Important as it is to have an IP strategy in place, it can only be created once the organisation’s IP has been quantified. The fact that a definable IP asset register helps improve funding opportunities and increase company value cannot be denied, yet most businesses have completely inadequate metrics regarding the strength, performance and value of their IP. 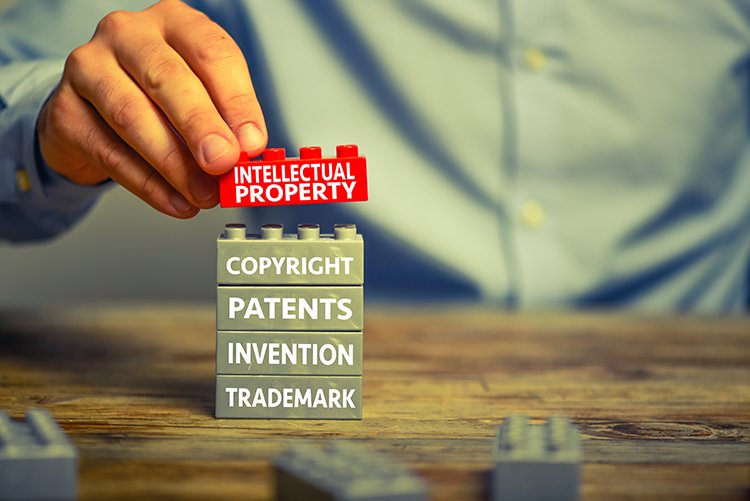 Conducting an Intellectual Property audit from time to time is highly recommended. Check that brands have trademarks registered in the various jurisdictions; and question whether the trademarks are broad enough to cover existing and planned activities. Find out what other IP assets the company has and make an effort to quantify their value. Too many prospective business owners fail to prepare their IP for the eventuality of a sale. Poor IP planning can result in a lower deal price, unnecessary pre-diligence expenses and sometimes a scuppering of the whole transaction.

We are aware of a particular case where a company had developed innovative software that enabled companies to advertise across international mobile networks. Their campaign management system utilised, in part, open source software which threatened some of the commercialisation routes.

After taking advice from IP lawyers, they created strategies to use the open source code prudently and to minimise associated commercial risk. Their confident IP position eventually helped them sell the business to an acquirer who subsequently revealed that the company’s IP and its approach to open source code was a key factor in the decision to purchase.

Intangible assets represent a significant and rising proportion of company valuations - even in industries not traditionally dependent on IP protection. Driving value from IP is not overly complicated but it does require commitment and a long term vision.

Also see: Buying intellectual property out of a business administration