Home / Insights / The outlook for SPACs in the UK

The outlook for SPACs in the UK 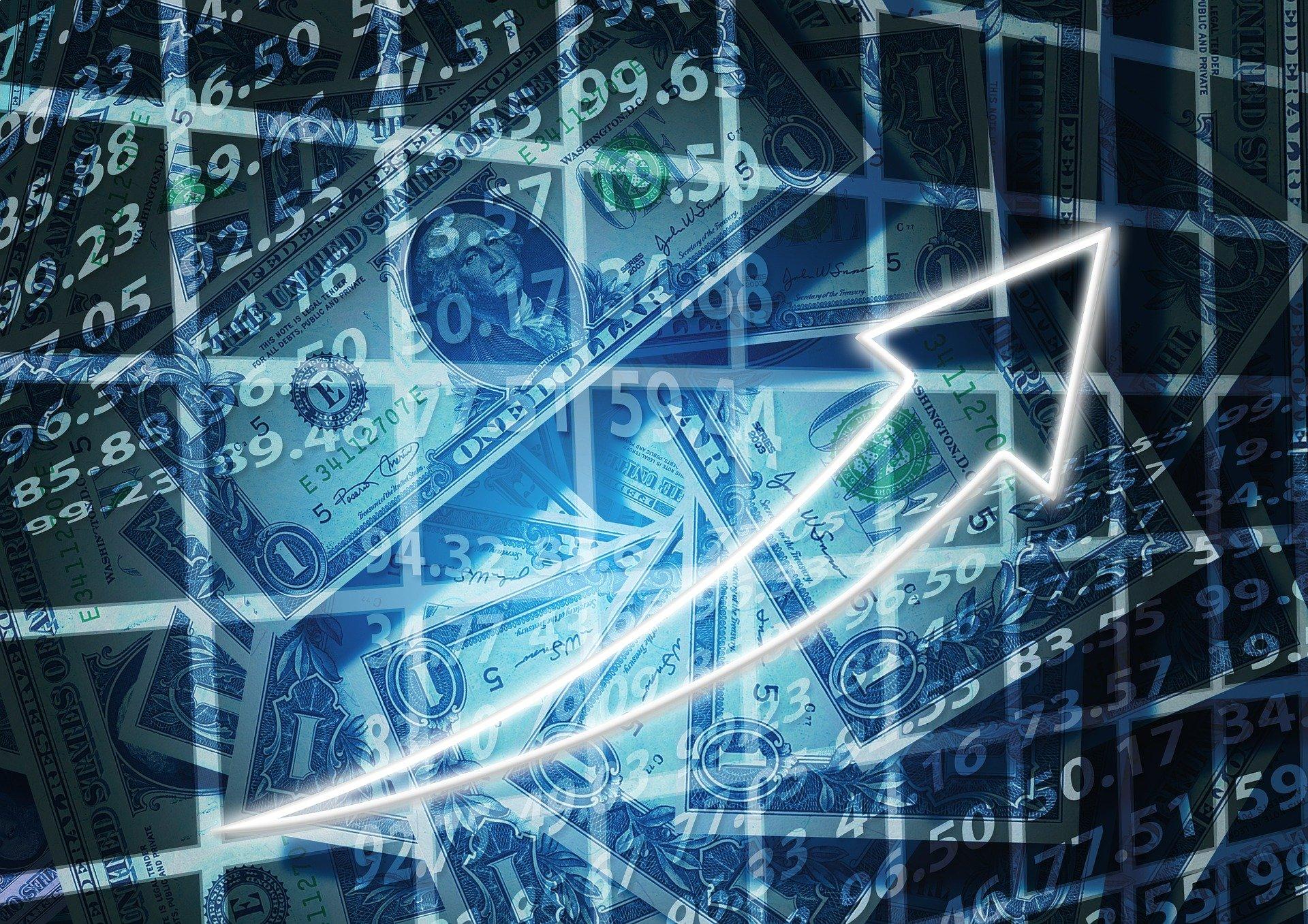 Among the possible UK M&A trends as we look ahead to 2021, one causing particular discussion has barely featured in domestic deals in recent years. These are Special Purpose Acquisition Companies (SPACs), also known as ‘blank cheque’ companies.

SPACs are shell companies founded and listed on a stock exchange with the sole purpose of raising money to acquire a target company or companies, taking the company public through what is sometimes called a “reverse merger”.

In the USA, SPAC-driven acquisitions have increased exponentially in the last twelve months. By mid-October 2020, SPACs in the US had raised $48 billion since January, triple the amount raised in the whole of 2019. In the UK, the figure raised by SPACs in 2020 stood at precisely £0.

But, with so much talk surrounding the potential for SPACs to hit the UK market, it’s important to consider the reasons for the existing disparity between the UK and USA and whether we are likely to see a SPAC boom in the UK.

As mentioned above, SPACs are companies that exist purely to raise money from investors and acquire other companies, having no commercial operations of their own.

Generally, SPACs are founded by investors or sponsors with expertise in a certain sector or industry who are looking to utilise this to pursue acquisitions in that field. When a SPAC is formed, it is common for the founders to have at least one target in mind, though this is not usually disclosed.

The company seeks institutional investors and underwriters and opens shares up to the public in an IPO, with potential investors ranging from the general public to private-equity funds. The capital raised is then used to complete an acquisition/acquisitions.

While investors are typically not privy to a SPAC’s target acquisition when they first invest, a key feature in the USA is that shareholders are given the opportunity to vote for or against an acquisition once the target is disclosed. This is one of several features that we will discuss in greater depth that have contributed to the popularity of SPACs in the USA and their scarcity elsewhere.

SPACs in the USA

In the USA, SPACs have been credited with reinvigorating the country’s IPO market. SPAC deals have attracted major underwriters, including banks Credit Suisse, Deutsche Bank and Goldman Sachs, and are seen as particularly popular among investors looking for short-term opportunities.

SPAC deals are often described as a “win-win” for those involved: For the executives who found them, they offer generous rewards for finding the right acquisition; for companies acquired by SPACs, they can go public without the burden and scrutiny of a full IPO; while, for investors, the relaxed regulations mean that they can either benefit from a good deal, or simply vote down and leave a deal that doesn’t work for them.

The $48 billion raised by around 100 SPACs in 2020 has shown they are capable of registering a bumper year even amid major disruption and uncertainty.

2020’s SPAC deals include the biggest ever: Billionaire hedge-fund manager Bill Ackman’s Pershing Square Tontine Holdings, which raised $4 billion when it launched in July. At the time of writing, the stock was already 25 per cent over its $20 launch price in anticipation of a huge investment on the near horizon (some are speculating it could be Bloomberg LP), though it has up to two years from July 2020 to take a stake.

SPACs in the UK

Here in the UK, the major differences in our regulatory environment have prevented SPACs from flourishing on the London Stock Exchange (LSE).

They are classed as “reverse takeovers” and, when a company is acquired, the SPACs shares are immediately suspended, with all trading paused until a deal prospectus is published. This is an incredibly time-consuming process, as shown by the fact that several UK SPAC deals, dating as far back as 2017, are still in a state of suspension.

Furthermore, whereas shareholders of SPACs in America are given the opportunity to vote down proposed acquisitions, UK investors don’t have the same opportunity. Once investors in the UK are on board with a SPAC, their money is locked in long-term, even if they don’t support the eventual takeover. Understandably, this has been a considerable deterrent.

Other fundamental differences between the US and the UK have also contributed. For example, the phenomenon known in the USA as the “price pop”, when underpriced stocks start trading publicly, driving early interest in a company. In the UK, the price discovery process takes longer, making first-day “pops” less common.

Price pops in the USA are also fueled by the tendency for companies to list relatively small amounts of shares, perceived as creating more of an appetite for shares among investors by limiting their supply. In the UK, by contrast, companies are required to float a minimum 25 per cent of shares.

The disparity between the USA and UK regarding SPACs is sometimes ascribed to something rather less quantifiable: differing behaviours between investors. As we’ve mentioned, SPACs in the USA have continued to increase exponentially (in spite of the disruption caused by COVID-19) while UK investors are generally seen as being more wary of risk, with the UK IPO market far less active than its US counterpart.


This has been compounded by several high-profile SPAC failures in the UK in recent years. Most notably Vallar, a £700 million Nat Rothschild SPAC which floated in 2010 and saw two years of turbulence before being fined £4.65 million by regulators for contravening listing rules.

Perhaps even more notorious was the case of Gloo Networks, a SPAC launched in London in 2015, raising £30 million with the aim of acquiring digital media companies. However, the company burned through the money it raised without making a single deal before entering voluntary liquidation in 2018.

Gloo Networks also reflects concerns surrounding SPACs in the UK over the potential for a “cash drag”, in other words, that the funds raised will not be used for acquisitions, causing the SPAC to fail.

Obstacles, but a growing appetite: The outlook for SPACs in the UK

There is no doubt, then, that there are significant legal, regulatory and, perhaps, cultural, obstacles in the way of SPACs becoming anywhere near as big in the UK as they are across the Atlantic. However, the growing discussion around them suggests there is a definite appetite to increase SPAC activity in the UK.


The London Stock Exchange itself is reportedly keen to attract SPACs to the UK while reports have circulated widely that Viking Global Investors executive Brian Kaufmann and Mariposa Capital founder Martin Franklin are looking to raise around £560 million by floating a SPAC in the UK. This shows that there is definite demand among would-be founders and sponsors.

There have also been suggestions that being acquired by a SPAC may prove tempting to UK companies amid the uncertainty of COVID-19. SPACs generally offer more certainty with regards to pricing and have the added benefit of sparing companies the administrative and regulatory burden of undertaking a traditional IPO.

Clear opportunities are also appearing weekly for vulture funds to move in on distressed businesses, and a cash-rich agile SPAC would be a perfect vehicle to make such acquisitions,which require tight timelines.

Ultimately, the future of SPACs in the UK seems to hinge on several things changing. First of all, a more flexible regulatory environment, which makes UK-based IPOs easier and more profitable for investors, will almost certainly be needed before they can take off. Secondly, investors will require greater incentives to back SPACs, for example, the ability that US backers have to vote down proposed acquisitions.

Such measures will go a long way towards dealing with the third major obstacle: convincing the UK market of the benefits of SPAC deals. Currently, the aforementioned strict regulatory terms, combined with a history of lacklustre listings, have contributed to the ho-hum reputation of SPACs in the UK.

With the large rise in numbers of new retail investors on the local scene, including millennials and Gen X’ers who have begun trading after the onset of the coronavirus crisis, the future success of any SPAC resurgence is more likely to be dependent on the performance of early acquisitions.

The company is a multi-award-winning roofing contractor specialising in natural slate, leadwork and roof restoration projects. The company primarily completes historic restorations and also carries out commercial and domestic work. The quality of...

2023: An outlook on developing M&A trends