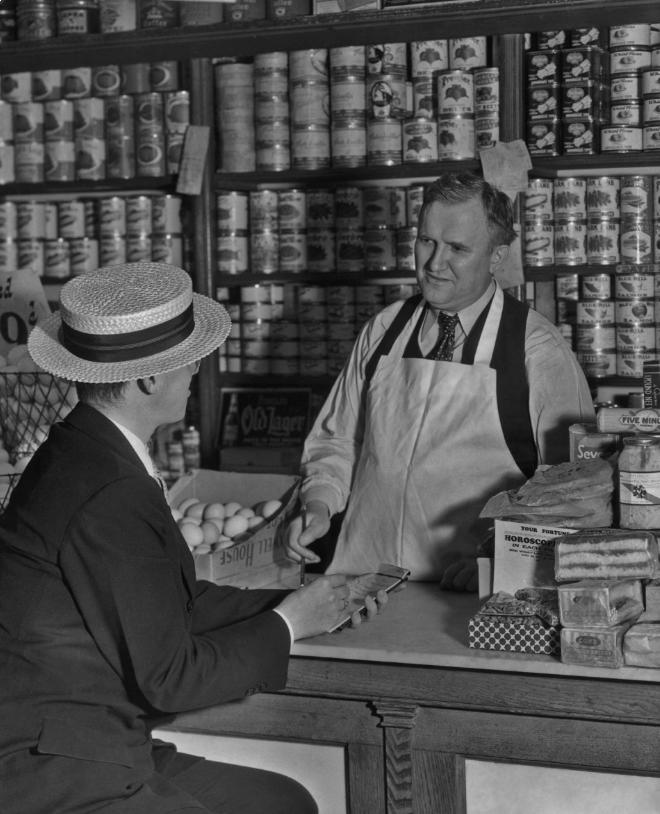 2015 is proving to be an interesting year in the food industry with major changes afoot. Adjustments in the market are creating new openings and buyers are using these to either buy into the sector to fast-forward a new business or to expand their existing food operations.

Some of the shifts in the market are global, such as changing supply chains as consumers become more particular and express greater concern about the labour and processes used to grow their produce. Other changes are local as new purchasing trends emerge in habits and preference. Further factors influencing the industry are out of its control, for example the impact of currency exchange rates, which is currently denting exports for UK-based food manufacturers.

It’s certainly a time of upheaval as businesses reassess their market and products. But for some this reassessment has come too late with a massive 54 per cent increase recorded over the last 12 months in the number of UK food suppliers experiencing significant financial distress.

For healthier companies, however, the changes are bringing opportunities to get involved in new areas of the market, as well as the potential to capitalise on cheap assets or entire businesses in administration should their peers fail to recover from their financial distress.

Out with the old
Consumer attitudes have changed enormously over the past generation and the speed of this change is increasing exponentially. The consumer’s ever-increasing desire to find a bargain is proving particularly disruptive and food companies in at all stages of the supply chain are being forced to reassess their businesses.

Smaller and independent stores are facing real difficulties in the face of cheap German supermarkets Lidl and Aldi, while the low prices these chains are offering have forced big names like Tesco and Waitrose to slash their prices in a move that is hitting suppliers hard.

SME food suppliers are being particularly hard-hit according to reports from Begbies Traynor, which revealed that they account for 89 per cent of all struggling businesses in the industry.

For consumers, the low prices correlate with different household spending patterns. In the 1970s, households spent around 21 per cent of their expenditure on food; a figure which has fallen to just nine per cent today, according to Kantar data. The same research reveals that Brits are moving away from doing a big weekly shop and instead make an average of four smaller trips a week to the shops for food, spending between £12 and £13 each time.

Amir Jalaly, fellow consumer insight director at Kantar, said that the trend is indicative of a move towards “more of an individual focus, less planning in cooking, more convenience and more multi-tasking at the same time”.

This shift towards convenience is certainly proving to be big business, with various sources suggesting local convenience stores are the fastest growing sector of the market. Retail veteran Mike Greene, would seem to agree, given that he’s just agreed (September 2015) to buy Morrisons’ M Local chain of 140 local supermarkets for the sum of £25 million.

Greene and funding providers Greybull Capital are confident that they can turn around the £36 million operating losses incurred by Morrisons and make the estate profitable within just 12 months.

For Morrisons, their entry and approach to the convenience market wasn’t quite right as David Potts, the company’s chief executive, noted: “Convenience is a large and growing channel in UK food retailing. Morrisons learnt much from its entry into the market, but M Local was unable to scale.”

But the move by Mike Greene and his team is indicative of the broader level of opportunity on offer through mergers and acquisitions in the food industry; as new consumer pressures emerge it is becoming clear that the old school powers behind the supermarket giants, with their focus on much larger traditional stores catering to weekly shops, are not necessarily best placed to capitalise on the shift towards convenience.

If Green and co. manage to pull off their turnaround strategy (which if their success with struggling Monarch Airlines is anything to go by, they may well do so), then the acquisition could offer the perfect point of entry into the new market.

High pressure
It’s worth noting that the old school players are still asserting their dominance in other areas of the market, particularly through exerting pressures on smaller suppliers. Julie Palmer, partner and retail expert with Begbies Traynor, has forecast tougher times to come in the sector as price slashing looks like it’s here to stay.

She commented: “The supermarkets have managed to successfully rebase their own models by reducing product ranges, moving away from bulk-buy offers and squeezing supplier margins still further, while failing to clean up their act on late payments.”

Ms Palmer added that some are even looking at launching their own food manufacturing facilities to give them even tighter control over costs. It looks all too possible at the moment that the price pressures that are pushing many suppliers towards administration could create distressed acquisition opportunities for the very retail giants who caused the distress.

A healthy option
Away from the price slashes and the bargain hunters is an altogether different consumer trend: health foods. Healthy eating is nothing new, but the emergence of healthy convenience foods is and brands that encapsulate this new approach are doing exceptionally well - something that hasn’t gone unnoticed by investors.

In September, Exponent confirmed rumours that it will be putting the Quorn brand up for sale, with a price tag of £500 million announced. The business can trace its origins back to the 1960s but the company itself was formally set up in 1985. The company has been doing particularly well of late with figures showing sales rose by seven per cent in 2014 to £150 million.

The increase was thought to be partly down to the horsemeat scandal in 2013, which prompted many consumers to look for easy and affordable alternatives to meat; Quorn’s established stature in the sector meant it was perceived as a trustworthy option and the company gained new fans among consumers.

US health food brands are among those seeking to capitalise on this now, but the acquisition could equally prove of interest to UK-based supermarkets if they’re considering consolidating supply chains.

Private equity buyers are also thought to be hovering but their attention is more focused on the Nakd brand at the moment.

Nakd ambition
Nakd bars have had a remarkably quick journey from a relatively unknown health product to a popular snack food stocked by mainstream stores including Tesco and Waitrose. Now, the brand’s owner, Natural Balance Foods, which also owns Trek bars, is hitting headlines with its recent sale of a major stake in the business.

A number of big names have been hovering around the company for months now, including Burton’s Biscuit Company, other food companies and a number of private equity firms. But the firm eventually sold a 67 per cent stake in the company for over £60 million to Belgian biscuits and cake maker, Lotus Bakeries.

Julian Wild, partner at corporate finance specialist Rollits, was unsurprised by the high levels of interest in the firm when he spoke to FoodManufacture.co.uk about the list of potential buyers: “A fast-growing business in a perceived ‘healthy eating’ category will always create plenty of interest”.

Indeed, following the news of the sale of the stake in Natural Balance Foods, Lotus CEO Jan Boone noted that Lotus, which has traditionally focused on indulgent foods, has recognised there is “a growing global demand for healthy, unprocessed and tasty alternatives”. Buying such a sizeable stake in Natural Balance Foods will enable the company to capitalise on this market quickly.

In the year to the end of March 2014, Natural Balance Foods posted a profit of £1.3 million before tax on a turnover of £13.2 million. The new focus on international expansion in conjunction with Lotus should help it improve on this already strong performance.

With change comes opportunity
Change is rarely a positive for all parties involved and for the food industry there are doubtless more casualties on the horizon. But the upheaval is also bringing with it unquestionable positives for those in the right position.

With the market demanding that companies change their approach to maintain a competitive edge, buying a business that is already in operation could provide the fast access to growth that is needed in times like these. If the business in question can be acquired at a discount rate through an acquisition of one of the many struggling suppliers in the industry, then the opportunity could be even greater.