Alternative deals emerge as go-to option for dealmakers in 2020 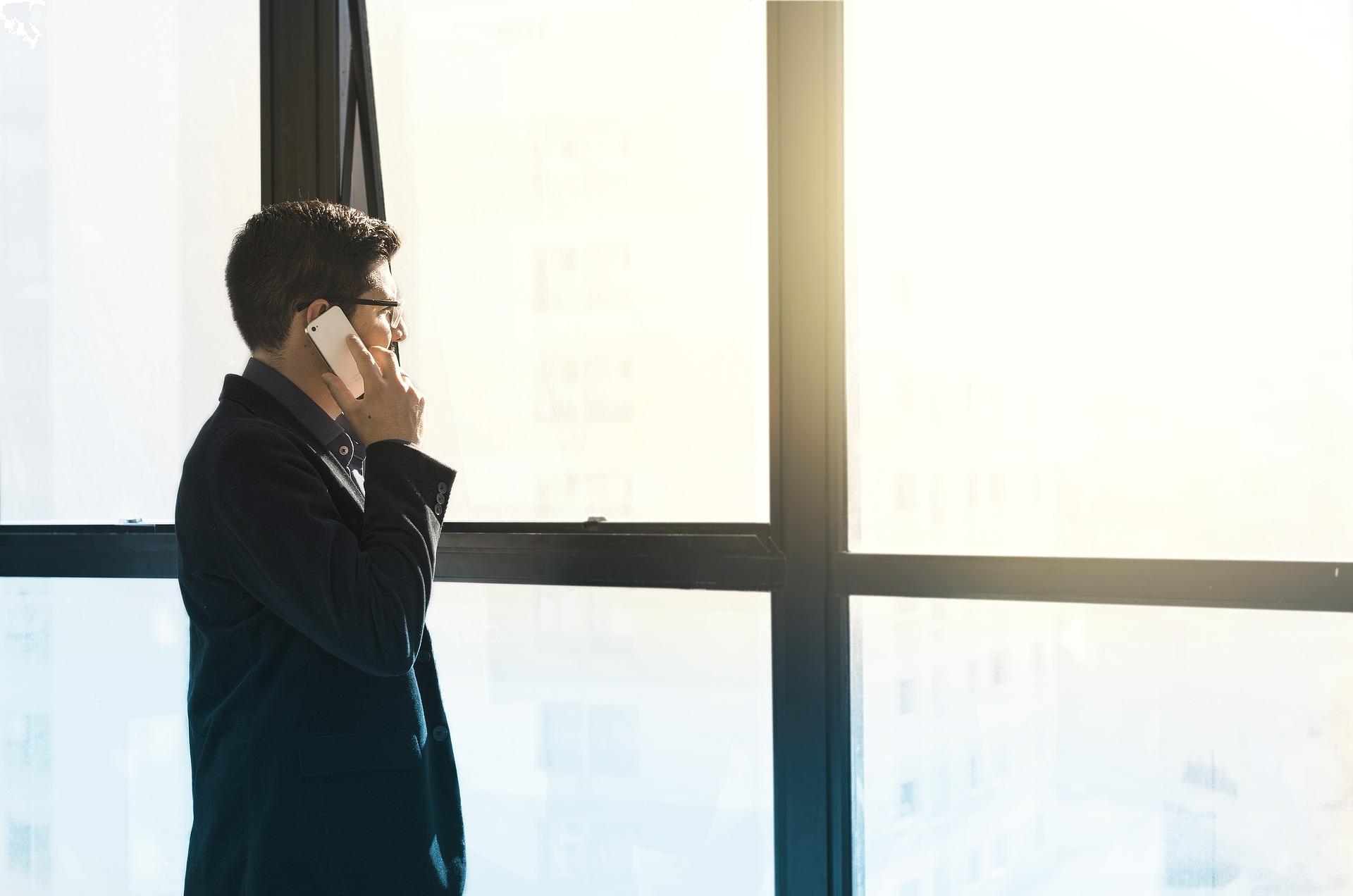 The pandemic has hit the 2020 M&A market hard. There’s no denying that it’s had an impact and will continue to do so as the world fights second and third ‘waves’ and lives with the economic fall-out. However, there are reasons to believe that the impact will be short-lived and that alternative deals may allow M&A to continue to take place under even the harshest market conditions.

The pandemic itself resulted in an immediate slowing down of the M&A market, with monthly deal volumes falling well below the average of between 40 and 70 deals for the first time since 2007. However, the trends that have been impacting many sectors over the past few years have actually been accelerated or strengthened as a result of COVID-19. This could lead to greater appetite for M&A as soon as the economy looks to be anything like stable.

These include disruptive tech trends, such as automation and big data, as well as drivers such as mobility and technology increasingly converging. The pandemic has increased demand for certain services, products and innovations that are bound to drive dealmaking as we head into 2021 and many of these deals are likely to be ‘alternative’ in nature.

What are alternative deals?

Alternative deals are typically those that allow the buyers to minimise risk while continuing to pursue their goals through acquisition. However, these acquisitions don’t resemble standard purchases. Instead, they will often involve the buyer acquiring a minority stake in the target business. As well as straightforward minority stake deals, some may incorporate joint ventures and alliances.

In the UK, businesses have been responding to the challenges of the pandemic in different ways. Joining forces with other companies offering complementary products and services through joint ventures has become a popular approach. In more stable economic times, such deals may have taken the form of straightforward acquisitions, but joint ventures are seen as carrying less financial risk while market conditions remain extremely unpredictable. Many such deals will inevitably result in acquisitions further down the line.

An example of a very 2020-style alternative deal is the recent joint venture between co-working business TownSq and independent coffee shop brand Bank Street Coffee. TownSq is using the joint venture as a way to provide in-house coffee shops and ‘social spaces’ across its sites in the UK.

Bank Street Coffee barely had two sites to its name at the beginning of the year, but TownSq clearly saw the potential in the two brothers and co-founders Andy & Phil Gallanders.

Phil Gallanders explained why the brothers were eager to go into business with TownSq at this time: “Even though the world seems to be going a bit crazy, the idea of adapting and overcoming by asking the right questions is really exciting. I think Town Square have been asking all the right questions with Boot the Commute and the research papers and were entering a time where we’re redefining business and how business is actually done.”

Gallanders is referring to the research carried out by TownSq, which looked at how long people spend commuting, asking the question ‘What if Everyone could Walk to Work?’ This joint venture demonstrates that expansion during 2020 and into 2021 is not impossible if the right businesses can find a way to work together. And it seems likely that a complete buyout will follow in the coming months or years.

While TownSq and Bank Street Coffee is an example of an alternative deal model being used for a relatively low-value joint venture, it’s not just artisan coffee businesses and the like opting for this approach. Back in October, beer giant Carlsberg and one of the UK’s largest pub operators, Marston’s, completed a joint venture valued at £780 million.

The merged business will be called Carlsberg Marston’s Brewing Company and the pubco will take a 40 per cent stake in the newco, as well as £273m cash under the alternative deal. Carlsberg will hold a 60 per cent stake.

Under the deal, the newco is expected to generate cost synergies of £24m by the end of the third year following the merger. Marston’s CEO Ralph Findlay said merging with Carlsberg offered an opportunity to take advantage of the beer brand’s “proven brewing expertise, strong distribution network and wholesale opportunity.”

This business has taken the minority stake model and made it their own, using it as a means to acquire a number of financial management and advisory businesses. Fairstone calls this approach, which we covered in this case study, the ‘downstream buyout model’.

It involves acquiring minority stakes in target firms and supporting them in terms of compliance and general funding. They also take the opportunity to integrate these businesses with their proprietary systems, which helps to minimise disruption after they complete the acquisition months or years further down the line.

Fairstone’s CEO, Lee Hartley, explained that the model involves finding targets who aren’t necessarily ready to sell right away. He added that targets are usually keen to expand their client base and profit levels but lack the tools and expertise to do it themselves.

Fairstone used this model to acquire numerous firms in 2020, with the latest being South Wales-based UskVale Financial Planning. This acquisition was completed in December 2020, three years after Fairstone first completed its minority stake purchase. This latest deal adds 700 new clients to Fairstone’s books.

Another example of an alternative deal that has taken place amid the pandemic this year is the deal between construction materials group SigmaRoc and South Wales quarrying business GDH. SigmaRoc has purchased the remaining majority stake in GDH, after it had already purchased a 40 per cent stake in 2019.

The initial minority stake deal included a clause allowing SigmaRoc to acquire the remainder of the business to complete the full acquisition. SigmaRoc’s Chairman, David Barrett, said: "We are very happy to have been able to keep our promise to fund the entire acquisition of GDH from internal resources to the benefit of our shareholders.”

SigmaRoc’s CEO explained that, during the 10-month period as its minority stakeholder, it was able to “assist GDH with its development.”

The above examples are just the tip of a very large iceberg of deals carried out over the past 18 months that take a more cautious and piecemeal approach to acquisitions. Although this option does minimise the risk and exposure the acquiring firm takes on, it may also present more challenges when it comes to actually creating value out of the deal.

Research by BCG shows that creating value from a minority stake or joint venture deal over the long term is difficult. Less than 50 per cent of the joint venture deals they analysed outperformed their industry, in terms of shareholder value, after one or two years.

The obstacles standing in the way of value creation for those involved in alternative deals are the same as those involved in a more typical acquisition: realising synergies and successful integration. In this way, there is very little difference in the way businesses should approach these deals.

Successful value creation starts with thorough due diligence, then involves good governance and tight implementation of an integration strategy. The merged businesses should be constantly monitored and success is often driven by experienced dealmakers who can effectively manage the joint venture process.

Some 34 per cent of the dealmakers surveyed by BCG said that their failure to create long-term value could be attributed to a lack of clear KPIs, monitoring mechanisms or a roadmap for value creation. Some 29 per cent said there was no clear strategic rationale and 27 per cent blamed the absence of robust governance.

Governance is particularly important to the success of joint venture deals or minority stake acquisitions as they are fluid in nature, requiring close management of the interests and control held by each stakeholder.

As with any deal, there are best practices you can apply to maximise your chances of success, so here are our pointers for alternative dealmakers.

Take advantage of the fact that you may have plenty of time to prepare for an alternative deal. Never underestimate the importance of due diligence, even in a minority stake/joint venture situation.

Devise a long-term plan for the venture and make sure it aligns with your overall strategy. Then monitor this plan and make sure you keep to it.

Give due consideration to post-deal governance. It’s a good idea to clearly define this and have all parties sign off on the agreement.

Alternative deals can play an important role in getting the UK economy back on its feet. Don’t shy away from them. In fact, it pays to be bold and assertive when taking this route. Just ensure that the deal works with your own long-term business strategy.

The company offers personalised services to a growing client base, ensuring all art mounting, conservation and restoration requirements are met by a team of highly skilled specialists. Serving museums, galleries, Government departments and private co...

Based in north West England. The business supplies, installs and maintains high-quality window and door systems for its clients. The company has developed a strong reputation due to a proven track record of supporting its customers and local communit...

2023: An outlook on developing M&A trends