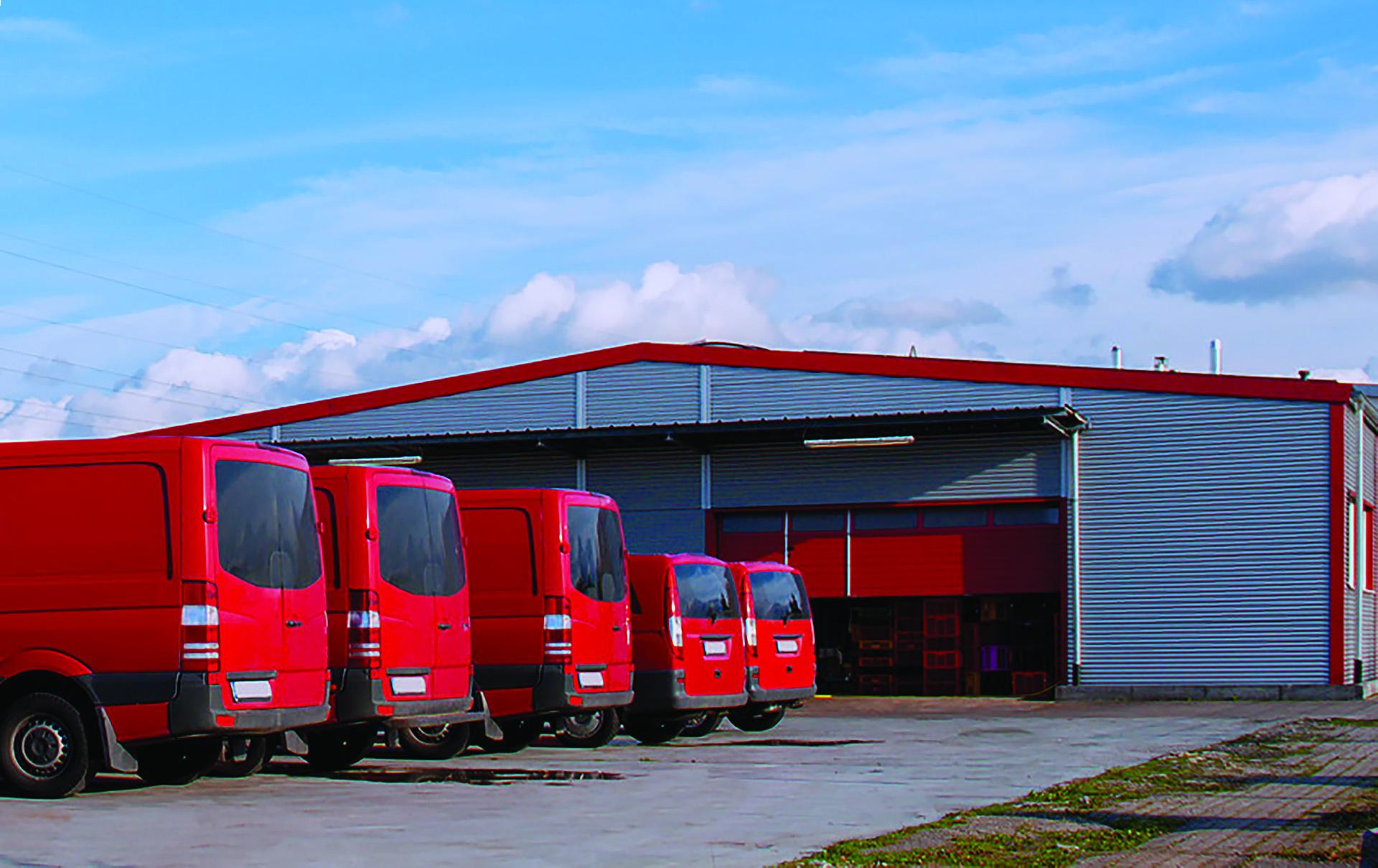 During the COVID-19 crisis the company has seen goods pour in from insolvency advisers appointed to oversee business administrations and liquidations. To illustrate the scale of stock coming in from collapsed retailers, managing director Adam Pye reveals that the company ”inherited 371 articulated lorryloads” (and counting) when rent-to-own company Bright House entered administration.

After being appointed to be the exclusive auction agent for Bright House by administrators Grant Thornton LLP, John Pye’s 16 UK auction houses cleared out Bright House’s 240-plus stores, taking in over 22,000 items. This has helped drive sales up 79 per cent from pre-lockdown levels, with a 94 per cent increase in bidders per lot and new bidder registrations rising 34 per cent.

While these figures show the distress the COVID-19 crisis has caused to UK businesses, it’s a trend John Pye Auctions expects to accelerate before it slows down. With government support schemes set to wind down over coming months, many companies that have been reliant on them could be on the brink of collapse.

Furthermore, criticism has begun to mount that the schemes haven’t done enough to safeguard businesses. Banks have been accused of being too cautious to risk exposure on loans (such as CBILS) that are not 100 per cent government-backed and the government is being accused of failing to deliver the money it initially pledged at the outset of the crisis.

This has left many businesses in an extremely precarious position, where these much-needed funds have failed to materialise. But, even among those that have received funding, it may prove to be little more than a temporary sticking plaster delaying the inevitable, as the UK enters a deepening recession and the threat of a second wave of the virus looms.

As we move forward, it could be that John Pye Auctions’ packed warehouses are merely the tip of the iceberg with administrations and liquidations becoming even more widespread than they currently are, culminating in large-scale asset firesales.

Back in March, in the uncertain early days of the pandemic, much was made of Chancellor Rishi Sunak’s pledge to deliver £330 billion in loans to help keep businesses afloat and support the economy during the unprecedented COVID-19 lockdown.

Fast forward to the end of August, with the intended end dates of all three schemes well within sight. Figures show that so far, a little over one sixth (£52 billion) of the initially promised amount has been delivered to 1.23 million UK businesses.

The flagship CBILS has been particularly criticised, with the scheme granting just £13.7 billion to around just over 60,000 businesses in over four months. Many have speculated that the scheme, which offers loans of up to £5 million backed 80 per cent by the government, has left many lenders unwilling to pump the money into businesses and take the remaining 20 per cent exposure.

David Bradley-Ward, chief executive at peer-to-peer lender Ablrate spoke of his “shock” at CBILS figures thus far, saying ”I thought about £30bn, £40bn would have been lent under CBILS.”

Supporting Bradley-Ward’s assertions is the fact that the Bounce Back Loan Scheme, which offers loans that are far smaller than CBILS but 100 per cent backed by the government, has delivered £35.4 billion to 1.17 million businesses.

On average, four out of every five businesses that apply to the Bounce Back Scheme are accepted, a stark contrast to CBILS, where only around half are successful in securing financing.

CBILS is due to close to new applications at the end of September 2020 and, although lenders have been given an extra two months to approve applications that come in by September 30th, calls for the scheme itself to be extended into 2021 appear to be falling on deaf ears for the time being.

The fact that such a small proportion of the promised funding has so far been delivered to companies could suggest that many businesses that needed funding have been unable to access it and have either collapsed as a result, or are in a distressed state and close to administration or liquidation.

There is a view that businesses that needed CBILS funding will likely have already applied. The figures, then, could mean that many have been denied funding and that the current £13.5 billion loan volume may not rise by much before the scheme comes to an end.

What happens when the schemes end?

Calls to extend the government’s business support schemes, especially CBILS which ends in September, have been growing as the COVID-19 crisis has dragged on. While these appear to have gone unheeded so far, there is still time for the schemes to be extended.

However, should the schemes come to an end this year, while COVID-19 remains an extremely present crisis, it could deliver a severe blow to many companies, potentially leading to an even busier time for insolvency practitioners and auctioneers like John Pye.

Many who will be hit are companies, mentioned earlier, who have so far been unable to access funding due to ineligibility or being denied by lenders, but who would have been hoping for more time and perhaps more relaxed lending rules to enable them to get the funding they need to survive.

Others may have been able to access funding via government schemes, enabling them to survive lockdown, and are now in need of capital to grow and return to their previous level of business.

These concerns have been highlighted by alternative lender ThinCats. In July, the lender, which was approved as a CBILS lender in April, said that initially companies were borrowing under the scheme in order to survive. When it reopened its applications for new customers in July, ThinCats began to see more firms who were looking to use the 12-month interest-free loans for growth as the economy reopened.

In a letter to Chancellor Rishi Sunak in August, ThinCats called for the extension of government business support schemes until spring next year, saying that this would “help many businesses who currently have sufficient cash to survive in the short term but may need additional working capital and growth capital beyond September".

ThinCats MD Ravi Anand said: “from speaking to our borrowers, many are moving from rescue phase into recovery and these businesses are beginning to look for second stage funding for growth and working capital. At the moment, many businesses, especially those who borrow based on cashflow, are not yet operating at pre-COVID levels.”

"Without the partial government guarantee provided by the schemes, it becomes difficult for banks and other lenders to support these businesses. There is a risk of creating a liquidity squeeze at the very time when businesses can see a way forward.”

"The opportunity exists to provide some longer-term certainty to businesses by continuing to encourage lenders to provide funding, which is why we are urging the government to extend both schemes to the end of the financial year next April."

While the government has spoken of its willingness to put the UK into a second lockdown, should another wave of COVID-19 emerge over the coming months, whether it would be willing to commit to lending to businesses on a similar scale in the event of this is far less certain.

If the current schemes come to an end, then, companies that have made it through the initial stage of the crisis could struggle to get back to their pre-pandemic levels or see their progress stymied by not having access to the funding and working capital they need to grow. This is alongside the threat of a potential second wave, which could see the economy grind to a halt again.

ThinCats has warned that, due to the high demand for loans, smaller lenders may not be able to deal with the volume of applications prior to the scheme ending. Concerns have also been raised that the British Business Bank (which runs the government’s business support schemes) has been unwilling to allocate more funds to smaller lenders who are keen to lend to businesses, with bigger lenders still seemingly reticent to risk exposure.

Assets and distressed businesses – Acquisition opportunities will be rife

The next few weeks and months could see many more businesses in distress if schemes wind down on schedule and this will be exacerbated even further if a second COVID-19 wave causes additional limits to be placed on day-to-day life.

Inevitably, many businesses that were otherwise viable and were strong enough to survive the initial crisis could enter dire straits once government support dries up. This will create ample opportunities for acquisitive parties with the funding and long-term vision to invest.

Back to the auction house, though, and the deepening crisis looks set to see even more businesses enter liquidation, meaning that there are going to be plenty of valuable business assets going up for sale at a cut price, be it vehicles, equipment or even property.

The rest of the year looks to be rife with uncertainty, as the future of business support schemes remains cloudy, businesses hover on the brink of distress and the threat of a second wave looms in the background.

However, it seems that, whether you’re a bargain hunter looking to acquire assets or an acquirer looking to invest in a viable but struggling company, the next few months are also going to be awash with opportunities.

This is an opportunity to acquire a gin distillery which has gone into administration due to incurring several debts. Offers invited.

Established in 2018, this business has developed an excellent reputation within the territory for delivering a high standard of care. Receiving a GOOD rating by the Care Quality Commission (CQC) for all inspections. Turnover has increased year on yea...