The story of Thrasio may not be long, but it is fascinating. The company was founded less than two years ago in Walpole, Massachusetts by entrepreneurs Joshua Silberstein and Carlos Cashman. Since the beginning, Thrasio has not only been profitable, it has been scaling up with ferocious pace.

The modus operandi of the business is to buy up Amazon FBA businesses. These are 3rd party private-label brands that use Amazon for fulfilment (FBA = fulfilment by Amazon). The products are manufactured by a third-party manufacturer and sold under the company’s own brand name.

According to John Hefter, Thrasio’s Director of Brand Strategy, “We’re the world’s largest acquirer of Amazon FBA businesses. We acquire about two to three businesses every single month. We scaled from zero to 25 brands in less than fifteen months.”

That was October 2019. True to John’s word, Thrasio has picked up another 18 businesses since then, making 43 acquisitions in total, all paid for outright in cash.

The acquisition process seems to be formulaic and slick. Says John, “communication is good between the seller, our diligence team, our legal team and overall the process is just streamlined”. We tracked down a couple of owners of businesses that had sold up to Thrasio.

Angry Orange, which sells pet odor removers, was one of the early deals. Owner Adam St. George was happy with how quick the process was: “The process from signing the purchase agreement to payout was just about three months.”

Another business bought by Thrasio with 100 per cent cash paid up-front was Flexguard Support, a backbrace seller. Owner Bert said, “We closed the deal from start to finish in six weeks, which was phenomenal”.

In a recent interview with Crunchbase, Thrasio co-owner Josh Silberstein said, “There’s not a lot of institutional buyers out there for companies with less than $5 million in profit. That’s where we come in. We make them millionaires and they can move on to something else if they want.” 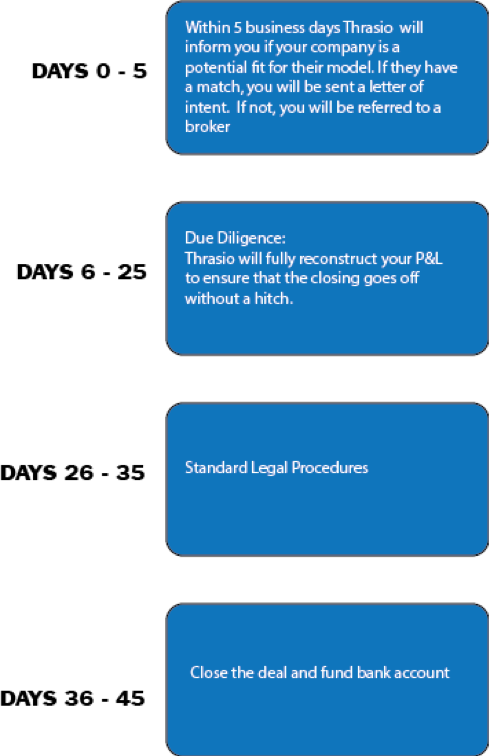 Thrasio is choosy about the businesses it buys. Generally, they are “top-reviewed, bestselling” consumer products in a non-fad, niche segment. Co-founder Carlos Cashman, who comes from a performance marketing background, notes, “we care first and foremost about where the brand sits on the Amazon Marketplace”.

The business owners have typically reached the point where they are unable to grow the business any further. Thrasio pays the owners cash up front, usually over £1 million, for the brands which are then integrated into a proprietary system.

The company then does what it is good at, including streamlining placement, inventory management, marketing and advertising – all of which are optimised on the company’s systems and on the Amazon Marketplace.

The company has a crack global sourcing team that are experienced in negotiating deals and its performance marketing team are ‘second to none in driving traffic’, according to Cashman. “Should we able to do better than the individual seller who did a good job with their business? Yeah we should.” It’s less about achieving cost efficiencies than it is about achieving additional performance from the brands and marketing efficiencies. 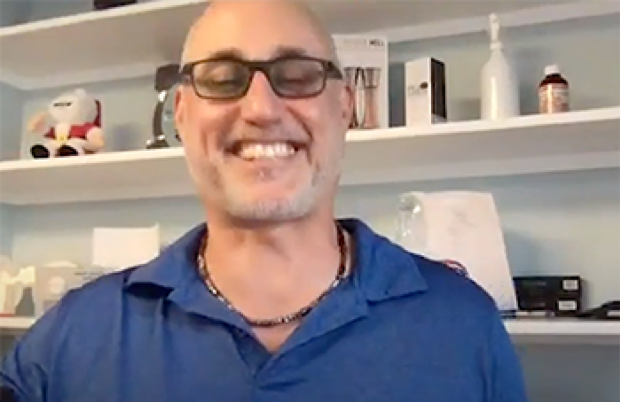 For those interested in this sector and wondering what typical costs of acquisitions are, we’ve done an analysis of sales we’ve seen occur over the past 6 months on a number of specialist sites in the UK, US and Europe that we regularly monitor. We are seeing the range of sales prices achieved for Amazon FBA businesses run from 20x monthly net profit up to 40x monthly net profit. Those at the higher end will be medium size businesses i.e. achieving between £25k - £40k of monthly NP.

For other e-commerce businesses, prices range from 24x monthly net profit (2 years multiple) to, again, up to around 40x for medium businesses. It’s roughly the same for online subscription businesses.

Prices achieved for companies with over £500k of annual NP are going to command a much higher premium, in line with most other types of business and industry. Companies of that size typically have more staff, administration and, often, fixed costs to factor in, requiring a more detailed valuation.

As a guide, if we look at larger private companies in the UK that, in the last quarter of 2019, had deal values of between of £10 million and £20 million (source: BDO Private Company Price Index), those that were sold to trade buyers did so at an average of 9.5x EBITDA, down from 10.5x three years prior. Those that sold to private equity companies sold for an average of 12.2x. These multiples are not particularly different in the United States.

The logarithmic difference in valuation between smaller and larger businesses represents the rationale behind Thrasio’s strategy, as it does for many highly acquisitive companies.

We don’t exactly know what Thrasio paid for its acquired businesses. But let’s make some not-so-wild assumptions. We do know its turnover is at around £160 million after integrating and streamlining some 43 businesses acquired over the past year and a half.

We can also assume (with some inside information) that the company is able to increase revenues on its acquired digital assets by roughly 50 per cent on average, which would mean combined revenues pre-acquisition at £107m, or £2.5m per brand.

Given an estimated NP of 20 per cent, i.e. £500k per business (pre-sale), the aggregate NP of the combined brands adds up to £21.5m. Assuming Thrasio paid 3 times annual NP, its cash purchase price averages £1.5m per business and total acquisition war chest excluding fees would therefore have been close to £65 million. Sure, there’s a few assumptions being made here, but the actual figure isn’t going to be out by more than tens of millions.

The company has released its TTM EBITDA figures, which is its EBITDA over the trailing 12 months (TTM) of operations, as being ‘over $35 million’ (£28m). Thrasio’s smart machine has cut costs and optimized marketing to increase its bottom-line margins by 30 per cent.

At an 9.5x EBITDA multiple, Thrasio could be worth, on the back of an envelope, around £266m to a trade buyer, or at 12.1 EBITDA multiple around £338 million to a private equity house. At the very least, we are looking at an increase in enterprise value of over £200 million. This is a great modern-day example of a targeted roll-up strategy. It may be a ‘dot com’ business, no bricks and mortar in sight, but here the sales and the profits are real.

The latest chapter gets even more interesting.

This is 32 times its seed money valuation of a year prior, and roughly double what the company would be worth in a divestment situation. The difference is simply down to the expectation of the company continuing to just keep doing what it’s doing.

The investors are sure that when John Hefter says “We plan on continuing our insanely fast scaling and we’re extremely excited about the future”, that he is not making an idle boast.

It certainly makes sense that the business is named after the ancient Greek word thrasos, the concept of audacity and boldness.

********Update July 2020********
Following yet another equity round, led by Advent International, Thrasio has now become a 'unicorn' with a pre-money valuation of $1 billion. Thrasio is Advent's first growth equity investment from its $2 billion technology fund.

David Mussafer, Advent's Managing Partner, said in a statement: “Thrasio is a leader in a $200 billion, fast-growing and highly fragmented market,” he added. “They’re not just enhancing and accelerating e-commerce, they’re helping to revolutionise it. We look forward to supporting Thrasio’s continued growth through M&A and expansion into new channels and services.”

Based in the North of England, Delta has a history stretching back 100+ years. It operates from 85,000 sq. ft leasehold premises housing office and fabrication facilities. Proposals need to be issued by no later than 5pm (GMT) on 27 May 2022 wit...

This well-established company has a significant presence and an enviable reputation in this niche market. The company is privately owned and independent, acting as a distributor for many leading brands and manufacturers, in addition to own range of p...

How companies can use M&A to tackle supply chain problems

Is the UK hotel M&A market moving into growth mode?